Exceeding the posted limit or driving too fast for conditions is one of the most prevalent factors contributing to traffic crashes. Speed is a factor in nearly one-third of all fatal crashes. Speed-related crashes cost society more than $23 billion a year. Too few drivers view speeding as an immediate risk to their personal safety or the safety of others. Crash severity increases with the speed of the vehicle at impact. Inversely, the effectiveness of restraint devices like air bags and safety belts, and vehicular construction features such as crumple zones and side member beams decline as impact speed increases.

The probability of death, disfigurement, or debilitating injury grows with higher speed at impact. Such consequences double for every 10 mph over 50 mph that a vehicle travels. Many drivers don’t consider this. They slow their speed in residential areas, or when the weather turns bad. To them, a few miles an hour over the posted speed limit is an acceptable risk. Their excuse — other drivers do it.

They believe the worst that can happen to them is to receive a speeding ticket. Drivers like this are wrong. Maybe even dead wrong, because driving too fast for conditions or exceeding the posted speed limit can kill you.

Fuel consumption increases steadily above 45 mph with passenger cars and light trucks using approximately 50 percent more fuel traveling at 75 mph than they do at 55 mph.

Animals on the Road 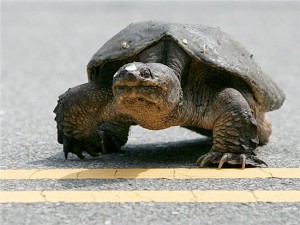 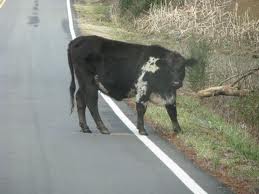 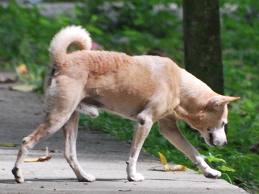 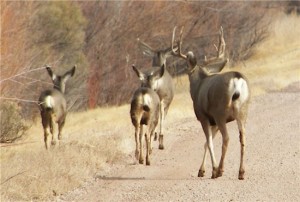 To swerve, or not to swerve; that is the question.

Before leaping to an answer, consider these statistics:

To avoid adding to these statistics, trim your chances of colliding with traversing wildlife by practicing the following precautions:

Now, finally, to answer the swerve-or-not-to-swerve dilemma, experts advise not swerving. You can suffer more ghastly consequences from an oncoming UPS delivery truck than from a leaping mule deer or skittering antelope. It is best to lock the brakes, jam the horn, and (if time allows) duck low behind the dashboard.

Moose are the lone exception to the do-not-swerve rule. An adult moose can grow to 1,600 pounds. Consequently, colliding with a moose is comparable to colliding with a compact vehicle on stilts, with the likelihood of fatal or long-term injuries to the front-seat occupants of your car. So if the situation allows, swerving for a moose is a defensive option.