Issued by the National Transportation Safety Board (NTSB) 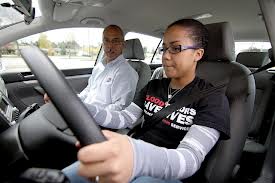 In 2008, the State of Mississippi reported 120 fatal crashes involving teen drivers. In those crashes 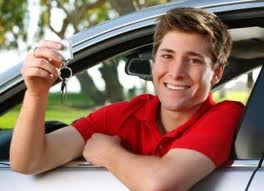 Teenagers operate under the belief that they’re invincible and nothing bad will ever happen to them. After all, the powers-that-be have decided to give them the privilege of driving before their little cerebral cortexes (the brain’s logic center) has fully developed.

As you well know, life isn’t always safe for any teen – especially on the road. Trying to dampen your kid’s excitement so he’ll actually think while he’s behind the wheel? Good luck – You’ll need it! Here’s a list of shocking teen driving stats to help you prove a point to your teen driver.

Some teens seem to collect tickets like baseball cards and get in a string of accidents. Others breeze through this part of their life as safe drivers with a clean record. If you’d like to make sure your teen driver falls into the second category, here are the major risk factors to work on:

Poor Ability to Detect Hazards – Most teens are still developing their ability to pick out hazards while driving during their early years behind the wheel. This skill develops over time as your driver gains experience.

Poor Ability to Assess Risk – Most teen drivers lack the ability to accurately compare the potential risk of a hazard with their ability to avoid the threat. Usually, they underestimate the hazard and overestimate their skill level – a bad combination. This will also develop with time and experience.

Overconfidence – Teenagers truly believe they’re expert drivers. After all, they did earn their license, didn’t they? Until they learn they’re not as skilled as they think, they’ll engage in dangerous habits like speeding, ignoring traffic lights and signs, tailgating, driving in hazardous weather, and failing to yield.

Developing Skills – Many teen drivers are still developing the basic skills needed to safely control a vehicle under a variety of conditions.

Passengers – Teen drivers increase their chances of having a crash by carrying passengers – especially other teenagers. This could be due to distractions, pressure to perform, or encouragement to break traffic rules.

Driving at Night – Teen drivers are much more likely to be involved in a crash when they drive at night. This could be due to the higher difficulty involved with night driving or because risky behavior, like drinking, happens more often at night.

Alcohol or Drug Use – Although teen drivers are less likely to get behind the wheel while using alcohol and drugs, they are more likely to be involved in an accident if they do. 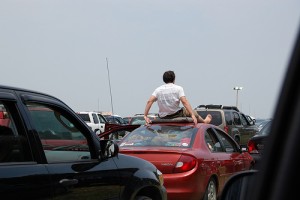